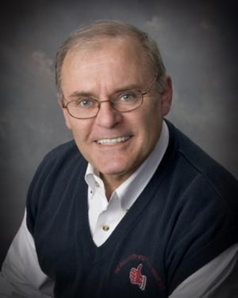 ​Bill is President of the Westfall Group, Inc. of Indiana where he manages, develops and provides a wide range of loss control and risk management services to the public and private sector. He has provided liability, leadership and supervisory training to thousands of police officers and civilian businesses in nearly every state in the United States as well as having been featured as a guest speaker on the Law Enforcement Television Network (LETN) and the Fire Emergency Television Network (FETN). He is renowned for practical but powerful motivational and inspirational learning experiences.
​
In prior positions, Mr. Westfall served as the Assistant Director of the Institute for Liability Management, the Director of the Montana Law Enforcement Academy, the Director of the Florida Department of Law Enforcement (FDLE) Academy, the Executive Assistant to the Commissioner of the Florida Department of Law Enforcement, and the Bureau Chief of the Division of Police Standards and Training for the State of Florida. Mr. Westfall began his career in law enforcement with the Alaska State Troopers where he served in a variety of functions during a four-year tenure.

In 1969 he was selected as Trooper of the Year for the South-central Region and was recognized by the Anchorage Chamber of Commerce as Lawman of the Year. Prior to his entry into law enforcement, Mr. Westfall served a four-year term in the United States Marine Corps to include Vietnam. Mr. Westfall received his BA in Criminology cum laude from Florida State University and has completed course work toward a graduate degree in Public Administration.  He is also a graduate of the well-respected FBI National Academy, where he was selected as the class spokesman for the 141st Session and has served as an adjunct faculty with the Northwestern Traffic Institute instructing mid-management and first-line supervisory courses.
All members of the training staff are volunteers
All other instructors and assistant training personnel are thoroughly background checked and follow strict codes of conduct when interacting with youth.  Never, are our instructors meeting with or being left alone with a student outside of the classroom environment in any situation not approved of in advance by a parent or guardian.  Instructors have experience not only in leadership development but also a variety of backgrounds to include basic military instruction, public and private school instruction, and public safety training academies.  All instructors are professional trainers with several years of experience and receive no compensation for the time they spend in preparation for, or in teaching at the academy.

​Course outlines and training guides are updated yearly and are on file at least 60 days before the first academy session each year.  At any time during the academy parents and guardians are welcome to come to the classes and observe, although no interaction with any student or class will be permitted due to the time constraints and to also not interrupt the flow of instruction.  Questions observers have may be answered by other training staff present during the sessions.